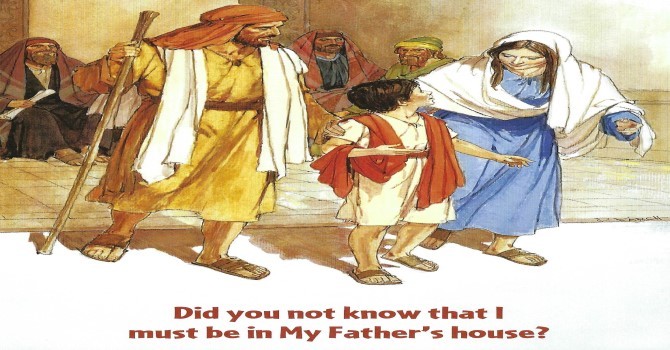 About the Cover: Frantically searching parents finally found Jesus where He said He was to be found. Jesus is about His Father's business. Jesus is always found right where He promises to be.  Years later, when the disciples were greatly concerned about the empty tomb after Jesus’ death on the cross, they found Him risen from the dead and in Galilee, just as He promised. We have no need to be frantic in our search for Jesus. He's right where He has promised to be: in His Word and Sacraments.