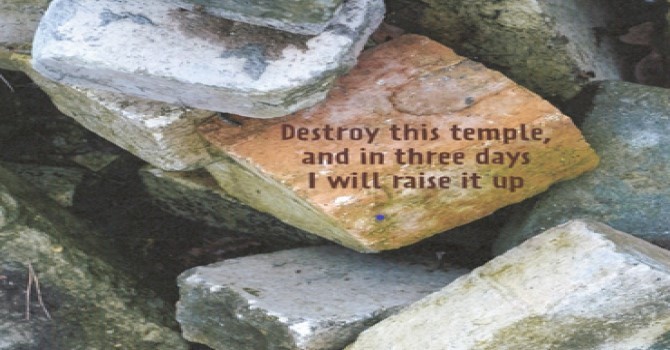 About the Cover:  When Jesus spoke of the temple being razed, no one understood that He was speaking of His own body. Instead, they had their eyes set on the temporary temple in Jerusalem. However, the temple of Jesus’ body was razed on the cross for the sins of the whole world and then raised three days later on Easter morning. Praise be to God that Jesus was raised for our justification. He turns our eyes from the temporal things of this world to the eternal things of God.